When people talk about the game of Mahjong in the West, they usually mean Mahjong Solitaire, a tile matching game for one person. In this version, there is a board with 144 tiles arranged on top of one another that each has a pair, with the tiles forming the outline of a tortoise. The aim of the game is to match up all the pairs. Once you have found all the pairs or it’s not possible to go again, the game is over. You will find versions of this game on our website FreeMahjong.com.

The Solitaire version is based on the traditional game of Mahjong played in Asia that is still relatively unknown in the West. This is much more of a social game and can be played by all ages. The traditional game of Mahjong was designed to be played by four people, but can be adapted for fewer players. It is mainly played in China, but is also popular in other Asian countries like Japan and Korea, and it is steadily gaining popularity as far afield as the United States. The rules of the game tend to vary a little between different countries. In the traditional Chinese game of Mahjong there are 144 tiles, while in America 8 jokers have been added and score cards are used like in bingo. 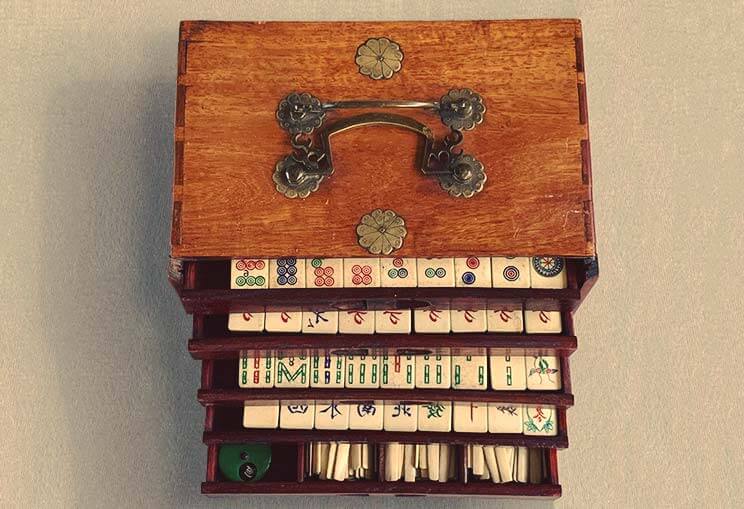 The traditional 144 tiles are grouped in categories: 36 signs, 36 bamboo, 36 circles, 16 wind directions, 12 dragons, and 8 bonus tiles made up of 4 flowers and 4 seasons. All the tiles are put in the middle and each player takes 13 tiles at random. The aim of the game is to get be the first to get a “Mahjong”, this consists of 4 sets and one pair. A pair is two of the same tile, and sets are any combination of 3 identical tiles, or a set with 3 consecutive numbers. During each turn, the player can throw away one tile and swap it for a new one.

The game of Mahjong originally came from China, and it is one of the most popular and most played games in the world. This is in part because of its enormous popularity predominantly in China, a country with a population of more than one billion where almost everyone plays. If you visit the country, you will see people playing Mahjong wherever you go, whether you are walking along the street, in a park, or in other public places such as cafés and restaurants. There are also special clubs with their own premises, and there is an official competition. The first WMC (World Mahjong Championship) was held in Tokyo in 2002, and was won by Mai Hatsune, a Japanese native. The competition is currently held once every few years and the prize money can run to around two million dollars. So, Mahjong is an officially recognized sport with fans across the globe. A whole culture has grown up, with films and songs about the game making a regular appearance, and there are even special museums that super fans can visit.