The History of Mahjong Solitaire

There are few games in the world about which so little is known as the board game of Mahjong. It is true there are a number of theories about who created the game and there is even a theory about the origin of the name. If you translate the word Mahjong into English you come up with the words “squabbling sparrows”, and the sound the tiles make when they are being shuffled is very similar to that made by chattering sparrows. There is also a story that the Chinese philosopher Confucius thought up the game around 500 years before Christ during his extensive travels, as a way to keep the minds of his disciples sharp. It is also known that Confucius was an avid birdwatcher, which ties in with the first theory.

Scores of other mythical theories like this abound, but they are all highly improbable and were most likely invented by Western traders who wanted to impress potential customers and so sell more Mahjong games. There is in fact no evidence to suggest the game existed before the year 1880. It is plausible that the game came about as a combination of the centuries-old game of dominoes and the popular Chinese card game Ma-Tiae that was first played during the time of the Ming dynasty (1368 - 1644). Playing cards from the game dating to this era have the same symbols as those seen on Mahjong tiles today. The card game itself is rarely played by contrast with Mahjong that has gained huge popularity over the past 100 years. 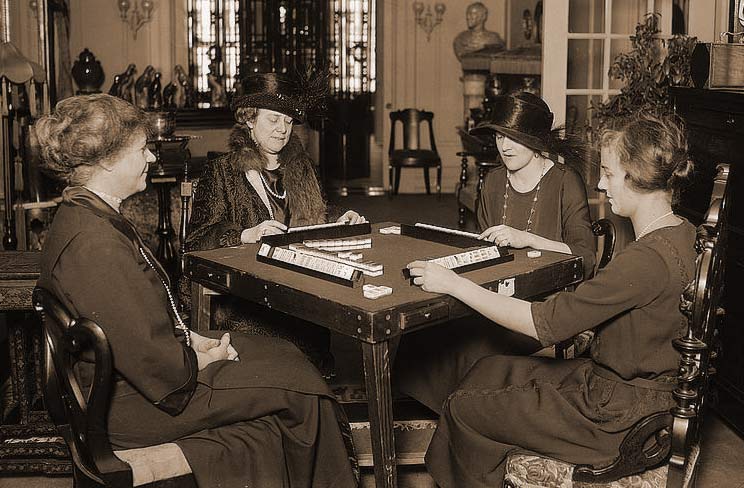 Even though the game was only introduced to the US in 1920, it was first written about in a language other than Chinese long before that, back in 1895. Stewart Culin, an anthropologist from Philadelphia with a special in interest in art and games, was the first Westerner to come into contact with the game, which he then went on to write about it in his book "Chinese Games with Dice and Dominoes". But, the game only really broke through in the US from 1920 when entrepreneur Ezra Fitch of the Abercrombie & Fitch retail chain in New York arranged for a couple of copies of the game to be brought from China for a female client who had played the game in that country. The extra Mahjong games supplied sold out in no time and, all of a sudden, demand in New York was outstripping supply. So, Ezra Fitch decided to send out representatives to China tasked with buying every single Mahjong game they came across. Ultimately, they came back with 12,000 copies of the game, all of which sold out within a week.

This is how the game came to be introduced to a western audience. At this time, something like Mahjong mania took hold of the whole country. Big tournaments were organized and the game gained particular popularity among women. To ensure uniformity in the rules of the game, the official rules were published in 1935 in a book entitled the “Official American Rules”. However, the era of the board game came to an abrupt end with the start of the Second World War. Despite this, in the years after the war new life was breathed into the game and there was a resurgence of interest in playing it. Its development has not stood still over the years, and in 1981 this resulted in the introduction of a new version of Mahjong in the form of a computer game.

Mahjong Solitaire and the age of computers 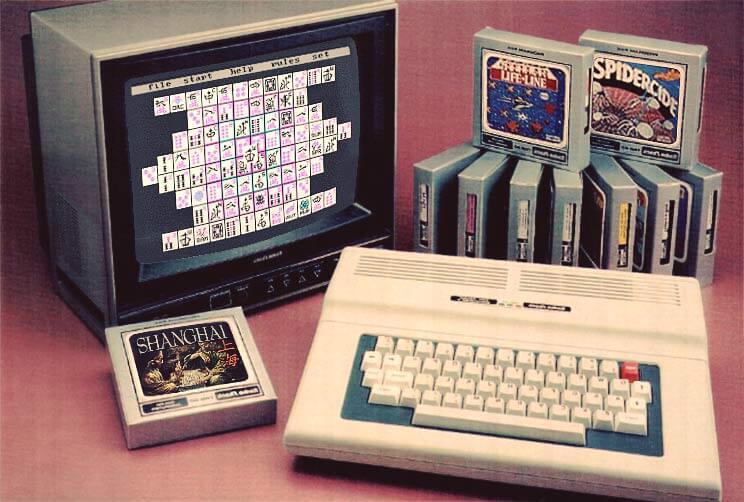 The first solitaire computer version was brought out in 1981 by Brodie Lockard, a software developer from Arizona. The game got a new name at this time and came to be called Mah-Jongg. Lockard was also the first to put the tiles in the now familiar tortoise shape. This Solitaire version only really became popular among the wider public when Activision brought out a new version under the name Shanghai. These days, Activision is known mainly for Call of Duty and lots of other popular games. But they were already successful back then, selling more than ten million copies of Shanghai. Microsoft also produced its own version giving it the name Taipei. They added this version to the Microsoft Entertainment Pack for Windows 3.0.

Nowadays, most people play Mahjong Solitaire on the internet where many different games of this type are on offer. Most of them are completely free to play, of which our website FreeMahjong.com is one example.